Fiction was my first love as a writer, so it isn’t surprising that even my nonfiction is presented in a storytelling style while sticking to the known facts. Conversely, my love of history has often influenced my fiction writing. The alternative history articles I wrote for Armchair General magazine are obvious examples. The character names in “Junk Yard Hogs,” written for Space Gamer magazine, were taken from historic figures of the Old West, and some of those same historic figures showed up in the role-playing supplement Paranoia: Don’t Take Your Laser to Town (may they forgive my late wife and me for what we did to them). To write “Warriors of Destiny” for the Dragons Over England anthology I researched Irish history, folklore and geography. Years later, when I finally got to visit the area of Ireland I’d set the story in, I was pleased to see my descriptions of terrain were pretty accurate.

ALTERNATIVE HISTORY
These articles were written in historical-fiction style for the “What Next, General” feature in Armchair General magazine. Each presented the historical situation in narrative style then offered readers three options to choose from for an ending.

“The Royal Navy versus the Bismarck,” July 2006 Armchair General magazine 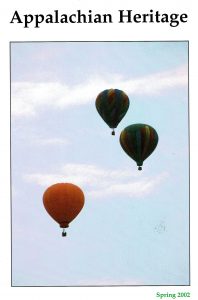 “Rice Paper, Dust Mote,” Mist on the Mon: West Virginia Short Stories (Morgantown Writers Group, 1999). Bethany Abernathy is the good daughter, the one who put her life on hold to care for her mother. Then Bethany’s sister casually drops a bombshell that tears what’s left of that life apart.

“Fifteen Minutes,” Bohemian Bridge literary magazine, 1997. When the world won’t recognize your talent, bloodletting can get the attention you know you deserve. Tragically, the events in this story now mirror the all-too-frequent news stories of malcontents taking out their frustration on total strangers.
Return to top.

GAME-RELATED FICTION
I began working in the game field at Steve Jackson Games before moving on to Model Retailer, Game News and similar publications. The contacts I made gave me some of my earliest opportunities to see my work in print and to learn from more experienced editors and writers. 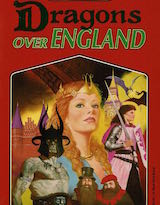 “Warriors of Destiny” Dragons Over England short-story anthology based on Torg role-playing game, West End Games, 1992. This was an unusual story, especially for game fiction, because the heroine was a teenage Irish girl with Downs Syndrome.

“A Day in the Life of Dennis-O-VCH” and “The New, Improved Fear and Ignorance.” Crash Course Manual, Paranoia role-playing game supplement, West End Games, 1989; co-authored with my late wife, Mary Beth Till. We introduced “virus and memory wipe” as curse words in a society where every aspect of life is controlled by a demented computer, and we coined the term “polytronitheism,” the heretical (to worshipers of Friend Computer) belief that the Computer was actually thousands of linked mainframes.

Don’t Take Your Laser to Town. Paranoia role-playing game module, West End Games, 1988; co-authored with Mary Beth Till under the pen names Malcolm Mouvis and Vern G. Hargett. Think of the movie Westworld as it might have been directed by Mel Brooks. We created the first (and only) random Western-cliche generator. Need a quick cliche? Roll a 20-sided die to select such gems as “Get out of this town by the end of daycycle,” or “Slap Naugahyde, you ornery varmint!” Rick Swan included this module as a “best-of” in his book, The Complete Guide to Role-Playing Games (St. Martin’s Press, 1990) 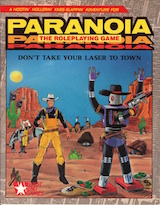 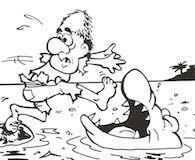 “Beach Nuts or No Sense Atoll,” Toon Strikes Again, Toon role-playing game supplement, Steve Jackson Games, 1985. Players take on the roles of cartoon characters stranded on a desert island. I’ve been a fan of the old Warner Bros. cartoons my entire life, so it was a lot of fun to write something along the lines of one of their scripts.

“Junk Yard Hogs” role-playing module for use with Car Wars, Battlecars and similar science-fiction games; Space Gamer magazine #69, Steve Jackson Games; co-authored with Allen Varney. Allen and I were leaving College Station, Texas, after working a science-fiction convention for SJG, and we spotted a junk yard. Allen mused something along the lines of, “Wouldn’t a junk yard make a neat setting for a Car Wars scenario?” By the time we got back to Austin, we’d sketched out the entire plot.
Return to top.